The last ODI of the Australia tour to England 2020 had exceeded all the expectations of cricket fans. The match of last over finishing with many nail-biting moments in it along with some crazy shots. 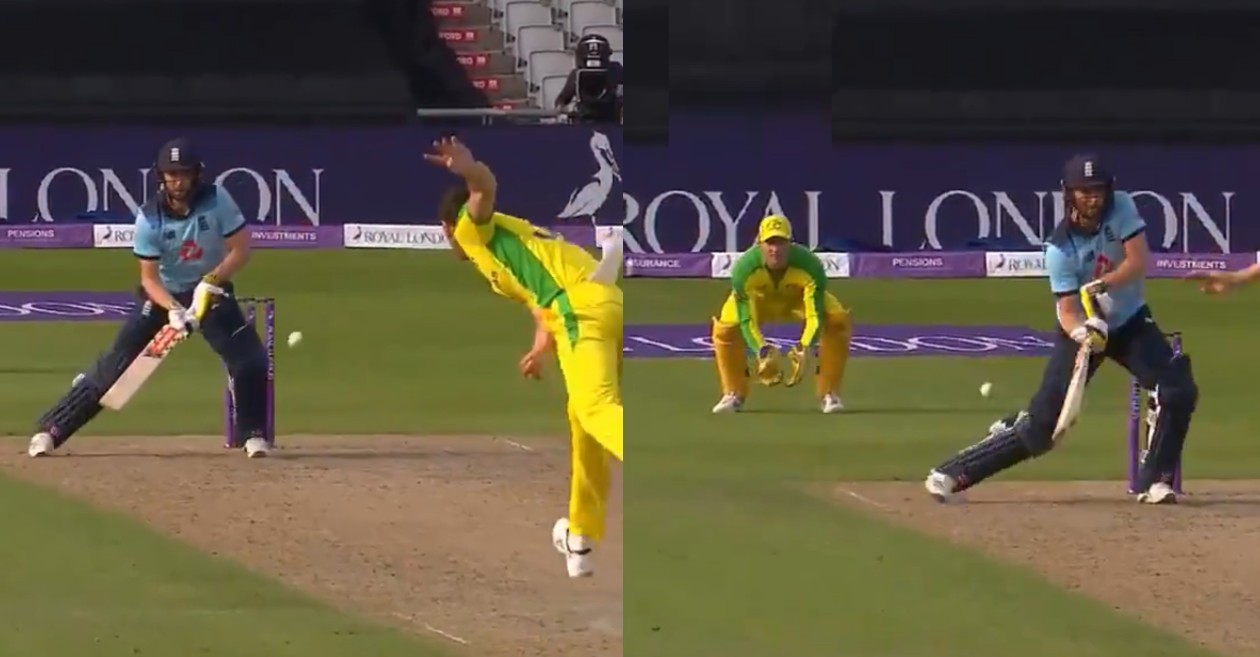 England has won the toss and chose to bat first in the final ODI of the series. Australian bowlers reduced England to 96/4, with the loss of Jos Buttler‘s wicket. Jonny Bairstow (112) and Sam Billings (57) resurrected the England innings with their pivotal partnership of 114 runs. The Aussies managed to break the dangerous partnership and threatened to restrict the hosts below 270. But Chris Woakes, Tom Curran and Adil Rashid provided the finishing blows to take England across the 300-run mark.

Woakes remained unbeaten with his 53, which came off just 39 deliveries. He smashed six boundaries during his quickfire knock.

In the final over, Wokes was on the crease facing Josh Hazlewood and he shot that ball with an audacious shot.

The shot even left master-improviser, Buttler bemused, who appeared delighted in the dressing room.

Sky Sports analyst Mike Atherton, on the mic, reckoned that Woakes planned to execute the ‘dummy’ shot all along. But his colleague contradicted Atherton’s statement by claiming that ‘Woakes’ at the last millisecond, changed his mind‘. For me also, it was such a unique and never seen show in cricket watching of past 30 years.

Coming back to the game, defending 303 and reducing Australia to 73/5, England still had to face a  three-wicket defeat.

Glenn Maxwell (108) and Alex Carey (106) put on a brilliant show to bring back their team into the game and helped Australia seal the series by 2-1.

Stay tuned with Zmsons for all the cricket updates.