In England, the Vitality Blast T20 series is going on these days. Yesterday, a match was played between Hampshire and Middleton, in which, Pakistani pacer Shaheen Afridi stunned the cricketing fraternity with double hattricks. He took four wickets in four balls to guide Hampshire to an improbable victory. 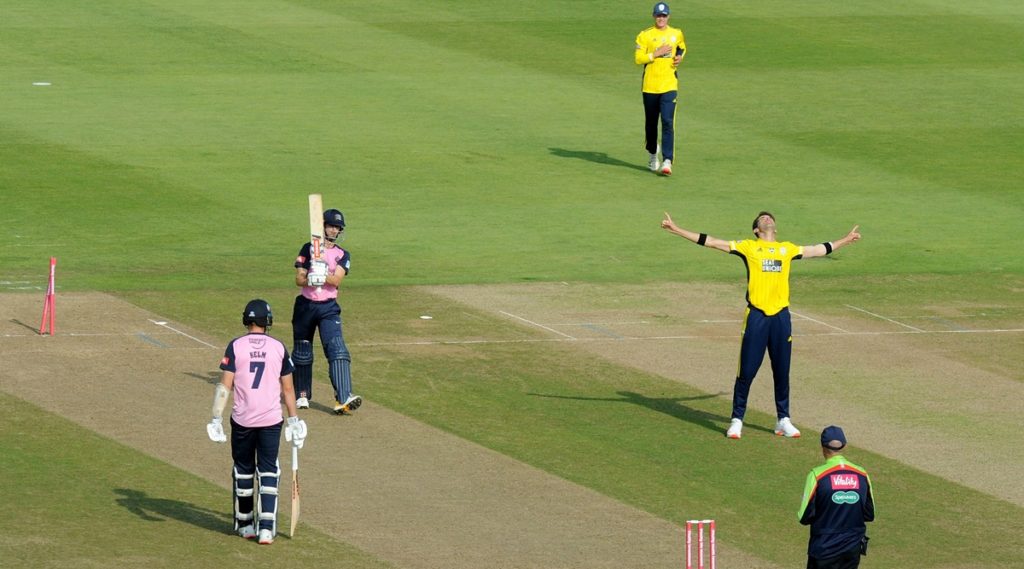 Very recently, Pakistan had visited England for a cricket series and Afridi was also a part of that team, he also did an awesome job at that time and yesterday he carried out the same momentum and did something beyond our imagination.

While the rest of Pakistan’s cricketers flew back home, the 20-year-old decided to stay back and hone his craft in England. He joined Hampshire to take part in the Vitality T20 Blast tournament.

In what was Hampshire’s last match of the campaign, Afridi put on a stellar display of fast-bowling and returned with stunning figures of 6/19 in his four overs.

The left-armer accounted for the wickets of John Simpson, Steven Finn, Thilan Walallawita and Tim Murtagh in the last four deliveries of the 18th over to seal the match in Hampshire’s favor.

Check out our Video Section for more such interesting updates.

Stay tuned with Zmsons for more cricket news and updates.